DDEX (Digital Data Exchange, typically pronounced “Dee-Dex”) is a consortium of leading media companies, music licensing organisations, digital music service providers and technical intermediaries focused on creating standards for use by businesses in the digital media supply chain.
Adoption of the standards improves efficiency, reduces cost and generates higher revenues for all businesses operating in this market. (For more information on DDEX, please click on this link )

A complete upload includes one batch folder and several package folders.
A batch is a collection of packages arranged into a particular directory structure.
The batch folder consists of a date and a serial number.
A package is a folder containing all these assets and the metadata for each album. 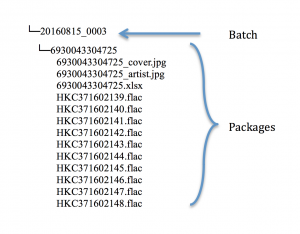 The ERN is an XML document conforming to the DDEX schema.
Any DDEX metadata XML should have the following high-level elements:

The message header for your DDEX document should be typed as follows: 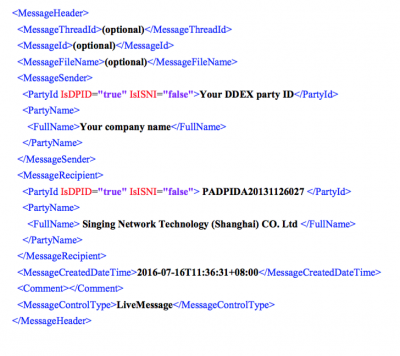 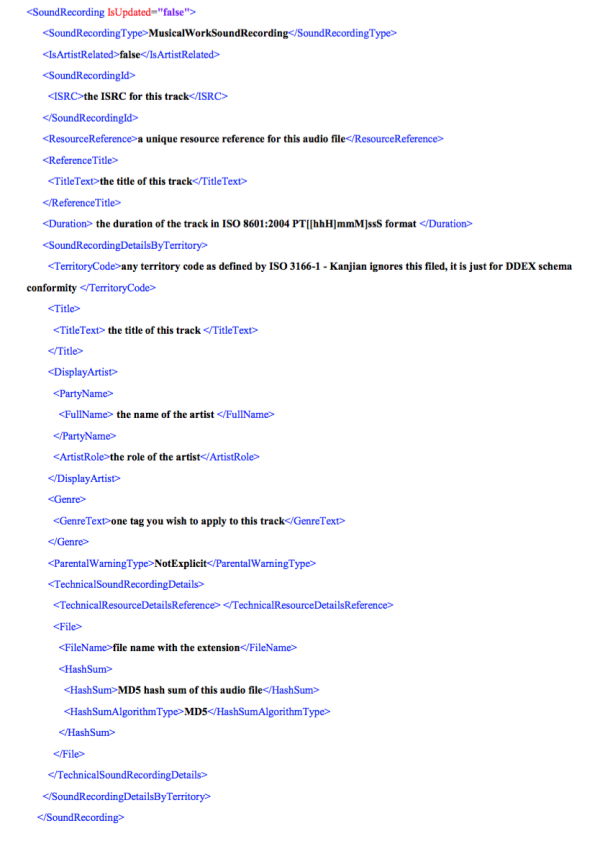 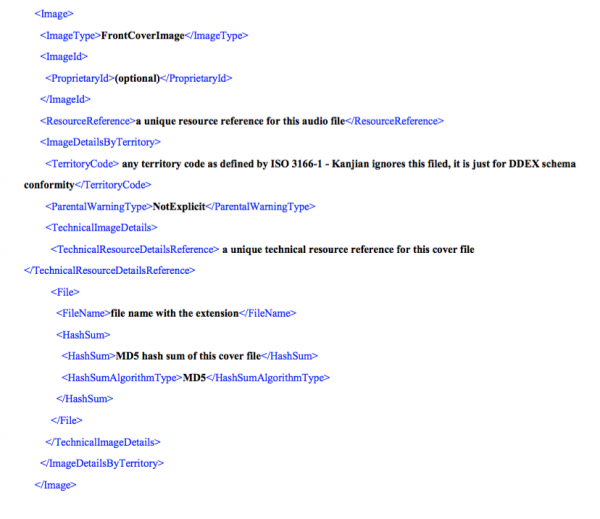 The release list should include the album release and track releases. 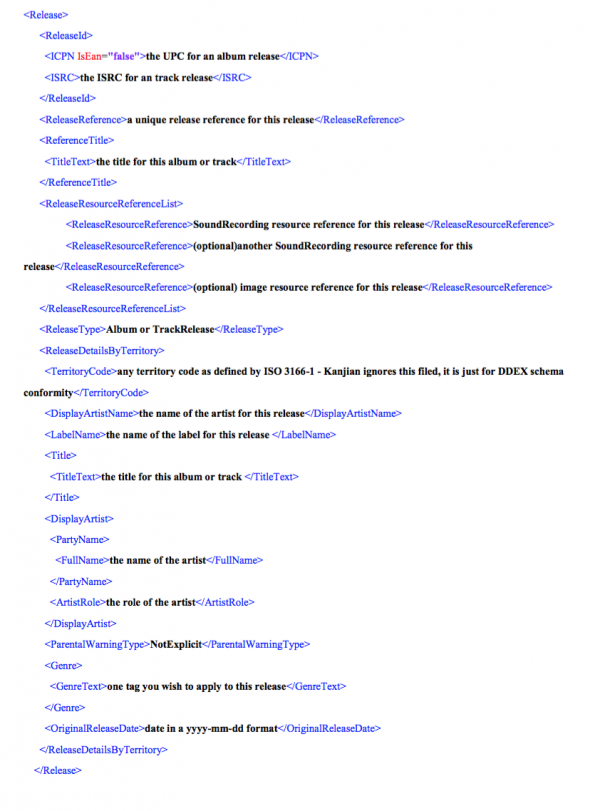 The deal list should include release deals for each release. 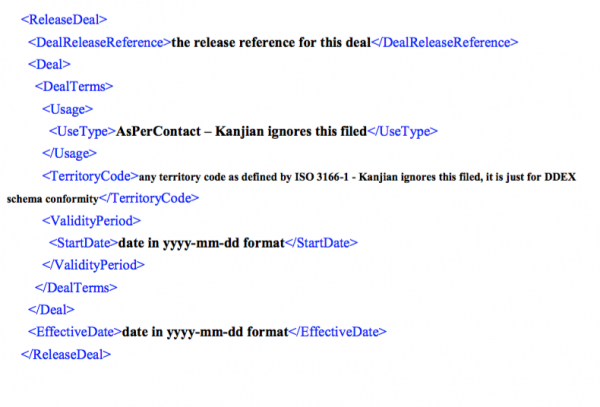 Still have some doubts? Please, download a sample here